The More the Merrier

The second Corsair has been ready for a while, but only now I had time to photograph it for the blog. The rich red colour I used in the first Chaos Astartes was quite peculiar to copy for the second one. I used several different techniques to achieve it but didn't keep any record of the methods used. Other than that, it was fun piece to paint and the end result sits pretty well alongside the previous Marine.

The skull on the tilting shield is a transfer, as are the numbers on the Marine's shoulder ornament. It has been a while since I used one of those, but this time I wanted to try and see how would they sit in my current style. The skull needed some dimming down as it was way too bright. I'm not so sure if I like the shield the way it looks like, but for now it may stay the way it is. I think I'll stick with the freehand painting though. 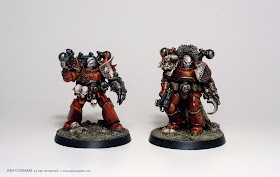 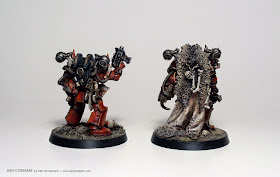 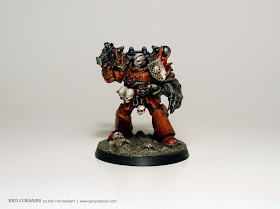 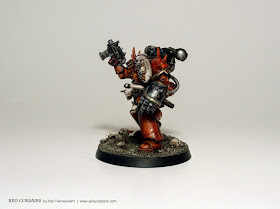 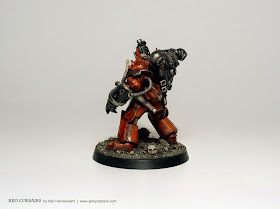 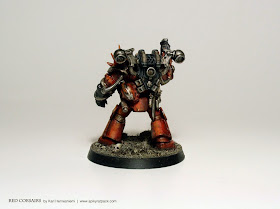 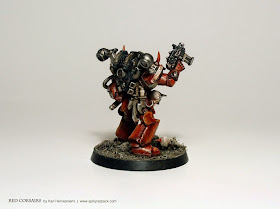 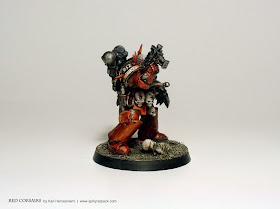 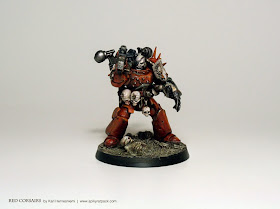